How much does a molecule weigh? Well, that depends. Molecules, like people, come in various shapes and sizes.

That difference in size can mean a lot for researchers in the ever-evolving pharmaceutical industry. Molecular weight is a key component to manufacturing — it can actually be used to determine how effective a pharmaceutical drug is.

“Probably the single most important piece of information that you can get (from a mass) is its molecular weight — How big is it? How heavy is it? Mass spectrometry is a very accurate way of measuring the masses of molecules,” distinguished IU professor Martin Jarrold said.

Jarrold and fellow IU chemistry professor David Clemmer are the founders of Megadalton Solutions, a start-up company whose technology has made a big splash in the measurement field.

These two Indiana University chemistry professors developed a new, refined method to test the effectiveness of experimental pharmaceuticals. Some of these drugs, coined the next-generation medicine, are projected to revolutionize the medical field.

“(The technology) just came along at the right time,” Jarrold told the Herald-Times.

Megadalton Solutions recently entered an exclusive licensing agreement with Waters Corporation, an analytical laboratory instrument and software company. Waters was recently recognized as one of America’s largest companies of 2021 by Fortune Magazine.

The technology, an IU-refined take on charge detection mass spectrometry (CDMS), will be used to test the potency of new pharmaceutical drugs in the rapidly evolving field of gene-based therapies. This new wave of medicine can potentially prevent or provide long-term treatment of certain genetic disorders.

Mass spectrometry converts the molecule into an ion, which can then be weighed on an instrument.

You might not recognize a mass spectrometer offhand, but you’ve definitely used one before if you’ve boarded a flight in the last 20 years. An airport’s detector sensors are compact mass spectrometry instruments. These sensors are used as homeland security checks to identify illegal drugs or explosive compounds.

However, since the first mass spectrometer was invented in 1912, the instrument has had limitations.

For objects with a light molecular weight, such as antibodies, scientists have a tried and true method of measurement known as conventional mass spectrometry. But for determining the weight of large, heavy molecules, it has historically been less like reading a number off a scale and more like that age-old weight guessing game typically seen at a county fair. These specific drugs, such as those being developed for gene therapy, can weigh over a million mass units.

“Whereas conventional mass spectrometry played a role in the development of the small-molecule drugs, it ran into this sort of fundamental problem with being able to measure the masses of the heavier, larger molecules that are being developed as drugs now,” Jarrold said.

For heavier molecules, scientists must use charge detection mass spectrometry. Jarrold and his team of collaborators have built a machine that can analyze large, complex molecules with an unprecedented level of accuracy and speed.

According to Jarrold, the idea for the technology was borne out of a desire for kinship.

When he first arrived at IU, Jarrold felt like an outsider. While his colleagues were discussing their work with viruses, his background was rooted in mass spectrometry.

“I thought, ‘Gosh, you know, wouldn’t it be cool if we could start weighing viruses and I’d have all these collaborators that I could work with and feel as though I was a member, instead of somebody on the outside,'” Jarrold recalled.

This led him to a scientific discovery, aided by several colleagues and students throughout the years.

According to Jarrold, he has spent close to a decade on the technology, tinkering in the IU chemistry building. The machine has been viable for five years now and Jarrold and others at IU continue to refine it for commercial use.

IU’s Innovation and Commercialization Office made efforts to patent a lot of the technology that helped secure the corporate partnership. Dan McNerny, a technology commercialization manager in the office, has worked with Jarrold for several years on the business side.

“I did not need to be sold on it,” McNerny said.

Before his current position, McNerny was a researcher who had looked into manufacturing therapeutics, where something like Jarrold’s technology would have made a big difference.

“Ultimately why my project failed is because we could never actually determine what was in the mixtures that we were creating. We would try to find how heavy it was and the result was you’d get a blob back,” McNerny said.

The technology can have various applications in the medical industry, such as analyzing vaccines or lipoproteins in cardiovascular diseases.

“There’s a whole slew of these large objects, which have not previously been accessible to accurate mass measurements, that can now be analyzed,” Jarrold said. “The sort of drug that CDMS really is having an impact in the area is gene therapy, which is really sort of revolutionizing medicine at the moment.”

Waters Corporation has indicated that Megadalton Solutions’ technology will be further developed for use in gene therapies.

Gene therapy is a new medical approach that can treat or even prevent certain diseases by correcting the underlying genetic problem, either through replacing a faulty gene or adding a new one. Gene therapy has the potential of being a new form of treatment for a wide range of diseases, such as cancer, cystic fibrosis, diabetes and AIDS.

“Many of these genetic diseases, which are like death sentences for people that have them, can now be fixed,” Jarrold said.

“In the future, you can anticipate that the multiple gene ones can also be fixed as time goes on,” Jarrold said.

Jarrold estimates that there are over 200 new gene- and cell-based therapy drugs currently in the development research pipeline.

During development, pharmaceutical manufacturers must verify there are no errors in the final product. Empty capsules could reduce the drug’s potency. In a worst case scenario, it could even lead to harmful mutated genes. That’s why technology such as Jarrold’s CDMS is crucial in these preliminary stages.

Jarrold said he plans to continue working with Waters on the technology to improve its accuracy and performance. Once fully developed, the machines could appear in laboratories around the world.

“This could really lead to new and unexpected discoveries because nobody’s measured the masses of these very large things with very high resolution,” Jarrold said. “That area itself is like a complete unknown as to what we might find there. There could be some very interesting science there.”

5 Health and Nutrition Benefits of Apricots

Wed Mar 30 , 2022
Apricots (Prunus armeniaca) have the tartness of a plum but the juiciness of a peach. These stone fruits are extremely nutritious and contain many health benefits, from high antioxidant content to improved digestion. When the Romans learned of the apricot in the first century A.D., they called it “praecocum” or […] 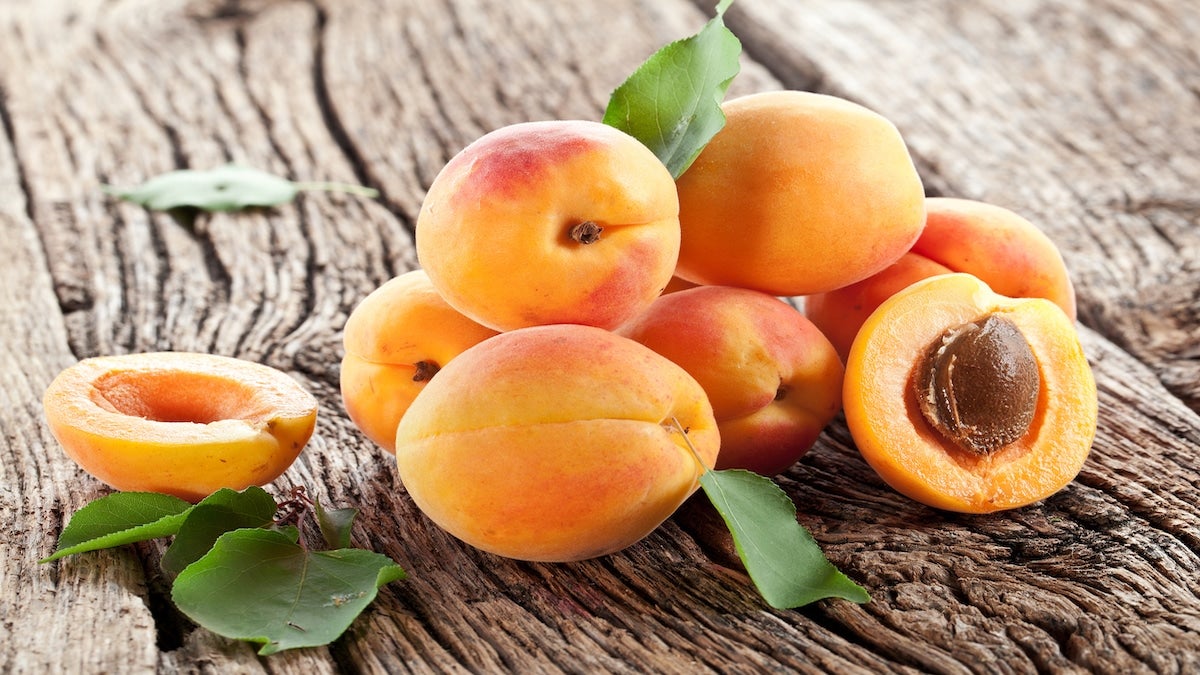