Ananya Panday is one of the most popular actresses in Bollywood. She has been shooting back to back. Her recent release Liger co-starring Vijay Deverakonda was in news since its announcement. However, it flopped at Box Office. Apart from acting, the actress loves her yoga classes. She has been often clicked exiting her studio and also shares pictures doing different asanas. Today, she once again shared her happy face on Instagram stories after successfully doing 108 Surya Namaskars.

Ananya is seen wearing black shorts and a top, flaunting her toned midriff. She is extremely happy and her face is also glowing. The post-yoga shine is saying everything. She captioned it as ‘Post 108 Surya namaskars’. In another picture, she is happily raising her hand and it looks like she also did an aerial yoga hammock. To note, the actress has recently announced her new project Dream Girl 2 co-starring Ayushmann Khurrana. The film is releasing next year.

Check out the pictures here: 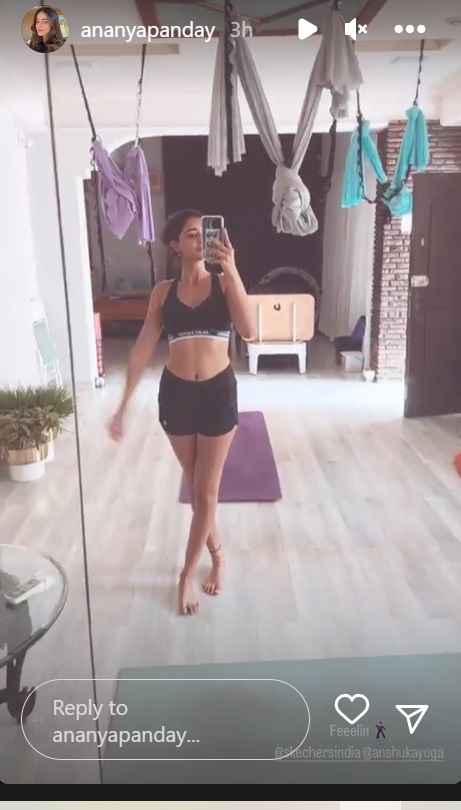 Thu Sep 29 , 2022
Adam Levine’s former yoga instructor has alleged the singer sent her an X-rated text while he was in a relationship. Alanna Zabel, who runs a yoga and clothing company in California, has become the fourth woman in 24 hours to allege the Maroon 5 frontman sent flirty texts despite his […]