A handful of Biden administration federal agencies were unable to define the meaning of the word “woman” – in some cases, even in relation to their own uses of terms such as “women’s health” – when asked by Fox News Digital.

The Biden administration’s Department of Justice (DOJ), Department of Education, Department of Housing and Urban Development (HUD) and the Federal Bureau of Prisons were all contacted by Fox News Digital requesting a definition of “woman.” None of the agencies provided their definition or criteria for an individual to be categorized as a “woman,” despite each boasting entire initiatives aimed at helping women and DOJ declined to comment.

Fox News Digital also reached out to the National Institutes of Health (NIH) to request the organization’s definition of “woman” in relation to terms such as “women’s rights” and “women’s healthcare.” NIH describes itself as “the steward of medical and behavioral research for the Nation,” and its purpose as “[seeking] fundamental knowledge about the nature and behavior of living systems.”

When asked for the definition, the NIH directed Fox News Digital to its website section on “sex and gender.”

“‘Sex’ refers to biological differences between females and males, including chromosomes, sex organs, and endogenous hormonal profiles,” the NIH claims on their website. “‘Gender’ refers to socially constructed and enacted roles and behaviors which occur in a historical and cultural context and vary across societies and over time. All individuals act in many ways that fulfill the gender expectations of their society. With continuous interaction between sex and gender, health is determined by both biology and the expression of gender.”

However, the literature provided by the NIH did not address the meaning of “woman” or “women” in relation to sex and gender. Despite using the word frequently in their writing, no explanation is given on whether the word “women” – as used by the NIH – is descriptive of sex or gender.

Asked for clarification, the NIH refused to comment further.

“Glad the page was somewhat useful,” the NIH replied, but continued, “We don’t have anything else to add.”

Fox News Digital also reached out directly to the Department of Health and Human Services (HHS) for comment on the issue. After two days and multiple replies stating that the inquiry would be addressed, the HHS failed to provide an answer.

The HHS documents describe what it calls appropriate treatments for transgender adolescents, including: “‘Top’ surgery – to create male-typical chest shape or enhance breasts;” and “‘Bottom’ surgery – surgery on genitals or reproductive organs, facial feminization or other procedures.”

The RAND Corporation – a think tank almost entirely funded by the U.S. government for the purposes of consultation on military policy – also stated that they did not have a definition for the word “woman,” despite extensive research into women’s rights, health and fitness.

“You are correct in that RAND has done a number of studies related to gender and women specifically, but our reports are mostly focused on the impacts to women of various policies or circumstances,” a RAND spokesperson told Fox News Digital. “I don’t believe your question is one that we have ever explicitly researched, thus I don’t have anyone who can speak to it. Sorry we can’t be more help.”

Asked how RAND is able to measure or research the impacts to women of various policies without a definition of the word, RAND did not respond.

RAND receives approximately $68.4 million in funds from the HHS, and more than 70% of their funds are from U.S. government agencies.

She said that Biden administration agencies including DOJ, HHS, HUD and others “have all announced that women no longer exist as a coherent category as a matter of federal administrative law.”

A press release accompanying the announcement stated that dictionaries commonly define “woman” as an “adult female human being.” The advocacy groups are concerned by “activists” who are distorting and disputing the “biological basis of womanhood.”

The issue has intensified as controversial female transgender swimmer, Lia Thomas, was allowed to compete in the NCAA women’s swimming championship last month. She beat out biological females in many of her races, which many say can be attributed to her larger size and stature as a biological male.

During the Senate hearings for Supreme Court nominee Judge Ketanji Brown Jackson last week, the prospective justice was asked by Sen. Marsha Blackburn, R-Tenn., to define the term “woman.” After a short back-and-forth, Jackson told the senator that she could not provide a definition because she is “not a biologist.”

“Can you provide a definition for the word ‘woman?’” the senator asked.

“Can I provide a definition? No,” Jackson responded. “I can’t.”

“Not in this context, I’m not a biologist,” the judge replied.

Jackson’s inability to define the word caused major backlash from conservatives, who questioned how she would handle topics explicitly related to gender differences if confirmed as a Supreme Court justice.

I can reach ‘deep’ orgasm with no stimulation thanks to yoga

Fri Apr 8 , 2022
She’s not faking it. An Estonian yoga teacher has learned how to orgasm “almost instantly” without any stimulation. Karolin Tsarski, 33, taught herself over the course of a decade how to achieve “deep sexual satisfaction” after traditional sex proved too painful. Now, she claims she can orgasm for up to […] 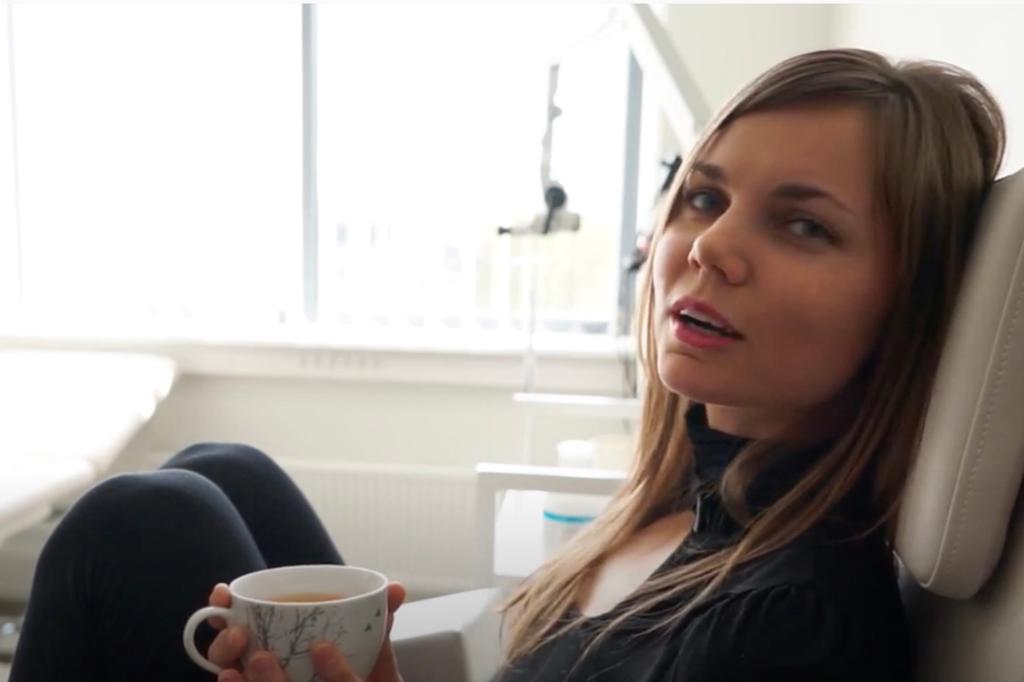