An Argentina-based yoga group sexually exploited vulnerable women it called “geishas” to get money and influence from wealthy and powerful men around the world, according to interviews with former members and local authorities.

The sources said the targets included opera star Placido Domingo, who had known the organisation’s leaders for more than two decades.

A sprawling investigation into the sect-like Buenos Aires Yoga School, which operated for more than 30 years in Argentina’s capital, has uncovered what authorities are calling a criminal organisation involved in sex trafficking, money laundering, involuntary servitude, illegal practice of medicine and other crimes.

Nineteen members have been arrested in the investigation that reaches into the United States, where six more suspects are sought.

Despite its name, the school did not offer yoga classes.

Leaders are accused of preying on people to join the group with promises of eternal happiness and then exploiting them sexually and financially, according to charging documents.

Former members of the school and officials investigating the case told the Associated Press the group forced female members to work as “geishas” who were assigned to make guests feel welcome at the school, with sex part of the expectations.

Influential or wealthy men were matched up with members of the “Geishado VIP”, one of many groups of women that were forced to have sexual encounters in exchange for money and influence that benefited sect leaders, according to the charging documents.

Some of the women were sent to the United States and Uruguay to have sex with men, a practice that amounted to slavery, authorities said.

“When you reached 11 or 12 years old, the leader told you who you had to have sexual relations with,” he said, adding that younger children were made to watch sexual activity.

Salum said he was brought into the organisation by his mother at age eight and left at 14. His accusations helped spark the current investigation.

Some members of the group were reduced to “a situation of slavery”, forced to have sexual encounters and tasked with menial chores at the school like cleaning and cooking, according to the investigative documents and a police official.

Male and female “slaves” were required to follow instructions without asking any questions, said a former member named Carlos, who asked to be identified only by his first name because he left the group many years ago and couldn’t confirm details from the current investigation.

Domingo found himself embroiled in the scandal after law enforcement officers carried out dozens of raids in Buenos Aires in August targeting the school.

Domingo not accused of a crime

The famed tenor was “a consumer of prostitution” but isn’t accused of a crime because prostitution is legal in Argentina, said a law enforcement source in Argentina who, like other police and judicial sources in Buenos Aires, spoke to the AP on condition of anonymity because the investigation is ongoing.

Authorities released wiretapped phone conversations from earlier this year between a man they identified as Domingo and Susana Mendelievich, a concert pianist who prosecutors said was a sect leader in charge of the “Geishado VIP”, in which they appear to be arranging a sexual meet-up at his hotel in April in Buenos Aires.

In one of the wiretaps, Mendelievich talks with another sect leader about how the group had tried unsuccessfully for years to use its music connections to recruit Domingo into the group but it was worth trying again while he was in Buenos Aires in April for a series of concerts.

In another wiretap, Mendelievich asks sect leader Juan Percowicz if she can take Domingo to “the museum”, the moniker used to refer to the top floor of their 10-story building where influential men had sex with group members.

Mendelievich, 75, and Percowicz, 84, were detained in the raids in August; both were released this week to house arrest.

Domingo has publicly tried to distance himself from the group, which allegedly had multiple offices in the United States.

“Of course, I have nothing to do with that,” Domingo, 81, said last week in reference to the organisation’s allegedly illegal activities.

In comments to a television station in Mexico, where he was performing, Domingo did not deny he was the man in the wiretapped recordings but said he felt betrayed by musicians he had considered to be friends.

“It makes me sad when you’ve had friends for many years and you realise you have been used,” he said.

Domingo has not responded to numerous AP requests through his representatives for an interview or comment.

In 2019, numerous women told the AP they were sexually harassed by Domingo, considered one of the greatest opera singers of all time.

More than 20 women came forward to accuse Domingo of inappropriate and sexually charged conduct that included groping and other unwanted touching, persistent late-night phone calls, stalking them in dressing rooms and pressuring them into sexual relationships by offering advancement in the opera world.

Several of the women said he punished them professionally when they refused his advances.

US performances halted after allegations

The Spanish opera singer denied wrongdoing at the time and he said it pained him to think he made women uncomfortable.

Investigations by the American Guild of Musical Artists and the Los Angeles Opera, where Domingo had served as general director, found sexual harassment allegations against him to be credible.

The allegations and subsequent findings halted Domingo’s career in the United States, though he still performs in other parts of the world.

The revelations out of Argentina have again brought unwanted attention to the opera star.

The promoter of a concert in neighbouring Chile announced last week that a Domingo concert scheduled for October 16 at an arena in the capital Santiago was cancelled, although the group said it was due to logistical reasons.

Authorities have not released the names of other powerful men they said the group allegedly targeted.

Judicial officials said many sexual encounters arranged by the group took place at its Buenos Aires school and were videotaped.

Carlos told the AP he saw Domingo visit the school several times in the 1990s, including once as the guest of honour at a dinner party inside the school.

Carlos said he was a waiter at the party, where the singer made a generous offer at the end of the evening to fly several of the group’s leaders with him to Europe on an upcoming trip.

“At the dinner Placido Domingo said ‘let’s all go to Europe’,” said Carlos, who left the group after 10 years in 1999.

“He was inviting them all, the whole table, to Europe.”

At Domingo’s table were classical musicians who police have said were part of the group’s leadership: Rubén D’Artagnan González, Verónica Iacono and Mendelievich among others, according to Carlos who said it was common knowledge at the school that the three accompanied Domingo on his trip.

González, who died in 2018, served as concertmaster of the Chicago Symphony Orchestra from 1986 until 1996 and is accused of playing a key role in the group’s US operations.

Iacono was a New York-based soprano, who used the stage name “Loiacono,” and is the subject of an international arrest warrant.

Another alleged leader named Mariano Krawczyk, was an oboist who goes by the artistic name Mariano Krauz.

The extent of Domingo’s professional or personal ties to the musicians in the group is not known, and he has declined to comment on that.

But Domingo has performed with several of the people who’ve been arrested, including at a 1996 concert that featured the three he allegedly invited to Europe, and Krawczyk.

During that Buenos Aires concert, Domingo and Iacono sang a portion of Marked Cards an opera that Iacono, Mendelievich, González and Krawczyk wrote together based on a book by Percowicz, the founder and leader of the Buenos Aires Yoga School.

Sexual encounters were touted to members as a form of “healing” and offered a path to scaling the seven levels of the school’s strict hierarchy that had Percowicz at the top, according to charging documents.

Former members interviewed by AP said Percowicz was known as “El Maestro”. Others ranked at the seventh level were Iacono, Krawczyk and Mendelievich, according to prosecutors’ documents.

A judicial source said she has seen documents that show González was at a top level of the organisation before he died.

Krawczyk was among those arrested.

To advance quickly, members could also donate money and sign over assets.

The group had revenues of around half a million dollars per month, according to a judicial official.

Members included lawyers and accountants who advised leaders on a complex money laundering network that included starting businesses and buying real estate in Argentina and the United States, the investigative documents said.

Members also allegedly sold medical treatments for several ailments, including AIDS and drug addiction, that involved “sleep cures”, which essentially meant giving people drugs to help them sleep for days at a time.

Authorities said the pseudo-medical treatments were also done in the United States, where the group’s clinic CMI Abasto had subsidiaries.

Yoga to the People 'tax cheat' is friends with mobster, fugitive: feds

Sun Sep 4 , 2022
The founder of Yoga to the People — who was recently charged with tax evasion — has a history of using aliases and was close to both a mobster and a fugitive who fled the US for Mexico, prosecutors alleged at a court hearing Wednesday. Greg Gumucio, who is facing […] 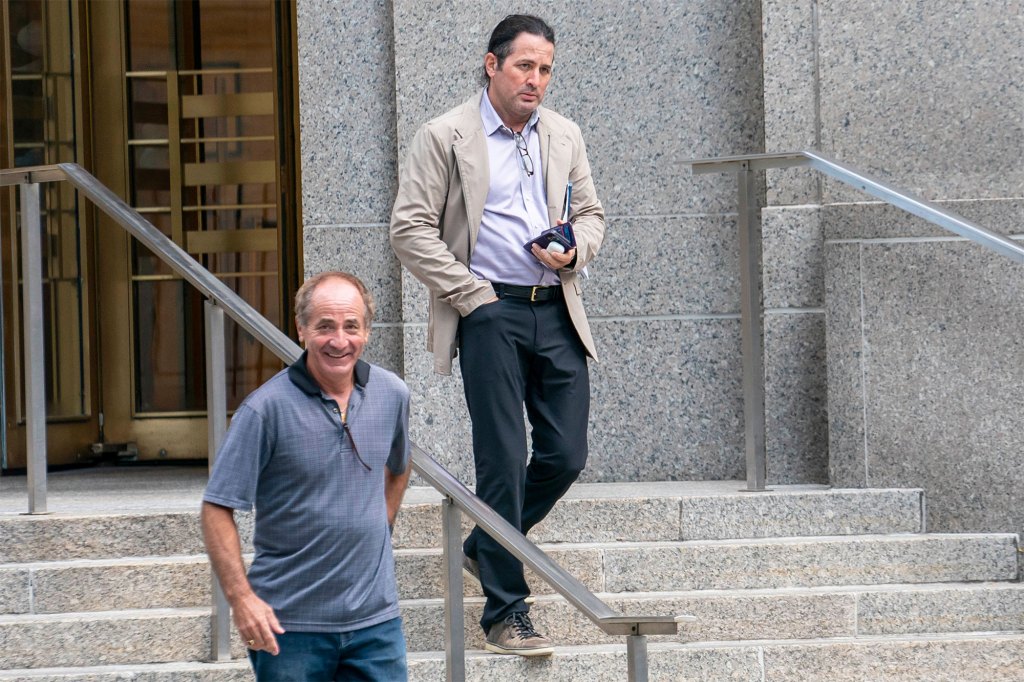