I will not be renewing my medical license in Massachusetts. Last month, I received an email from the state Board of Registration in Medicine informing me that to maintain my license, I must “complete a continuing medical education requirement” on “implicit bias in healthcare.”

Massachusetts has long been a center of excellence in medicine, so it is particularly distressing to see politics intrude into this life-saving field. I cannot be party to the ideological corruption of my profession, which will injure physicians and patients alike.

My approach to medicine and life was shaped by two early influences: my father, who was also a physician, and Dr. Martin Luther King, Jr., whom I had the privilege to hear speak in person on several occasions.

As a 16-year-old who already wanted to go to medical school, I was forever changed by Dr. King’s “I have a dream” speech in 1963.

FILE – In this Aug. 28, 1963 file photo, the Rev. Dr. Martin Luther King Jr., head of the Southern Christian Leadership Conference, speaks to thousands during his “I Have a Dream” speech in front of the Lincoln Memorial for the March on Washington for Jobs and Freedom, in Washington. (Associated Press)

Inspired by his words, I have always treated every patient — every person — with dignity and respect and judged them “not by the color of their skin but by the content of their character.”

Virtually every physician I’ve ever known lives by the same values.

The Massachusetts mandate, however, essentially says that I am incapable of doing what Dr. King declared and the Hippocratic Oath demands.

As the lie of implicit bias spreads, health care will segregate along racial lines. Already, there are demagogues telling patients they should only see physicians of their same race.

Implicit bias training is premised on the notion that I am inherently prejudiced toward those who don’t look like me and unconsciously driven to provide them with a lower standard of care – a claim that has no medical or scientific basis. This is both personally insulting and professionally dangerous, and I categorically reject it.

WHAT IS CRITICAL RACE THEORY?

Far from helping physicians provide better care for patients, this indoctrination will cause medical professionals and patients alike to focus on race above much more important medical considerations. It intentionally balkanizes people, putting us into separate camps while pitting us against each other. The unspoken message is that people of different ethnicities and genders have irreconcilable interests, dooming them to an endless struggle for supremacy.

Trust between physicians and patients is essential to individual health, yet that trust withers when the presumption of implicit bias takes root. What patient would seek care from a supposedly biased physician?

As the lie of implicit bias spreads, health care will segregate along racial lines. Already, there are demagogues telling patients they should only see physicians of their same race. Many patients will avoid health care altogether, no longer believing the system has their best interests at heart. Either way, patients will suffer.

If I participated in this farce, I would be violating the promises I made to my patients and profession, which I refuse to do.

Admittedly, my refusal to renew my license will not have much impact. I no longer live or practice in Massachusetts, though I have long maintained my license out of lifelong ties to the state and respect for its reputation in the medical field. Yet the many physicians who do fulfill this requirement will inevitably feel its harmful effects, to the ultimate detriment of medical care.

A pediatrician using an otoscope to look into the ear of an 8 month old baby boy.
(sdominick)

Physicians who endure implicit bias indoctrination, which is mandatory every two years in Massachusetts, will be bombarded by claims that they are inherently prejudiced and should provide preferential care based on skin color.

Many will submit but inwardly reject its invalid and corrosive message, but many others will absorb the lie that they are irredeemably biased.

I can only imagine how much different, and worse, my medical career would have been if I had been trained under this political regime.

After the past few years, I have come to expect such scurrilous actions from politicians. I never expected them from the leaders of medicine.

Shortly after I received the email informing me of the implicit bias education requirement, I wrote back to the Board of Registration. I said, “I will not be renewing my Massachusetts license, and I most emphatically will not be taking this insulting and societally destructive course.”

I would now add this: What Massachusetts is doing is antithetical to health care and America itself.

Wed May 25 , 2022
Most people give up cookies and cake when they are trying to lose weight. Zach Wilson has been passing on the sweets in order to gain weight. The Jets’ quarterback said his focus this offseason has been on nutrition as well as strength training. He wanted to add weight and […] 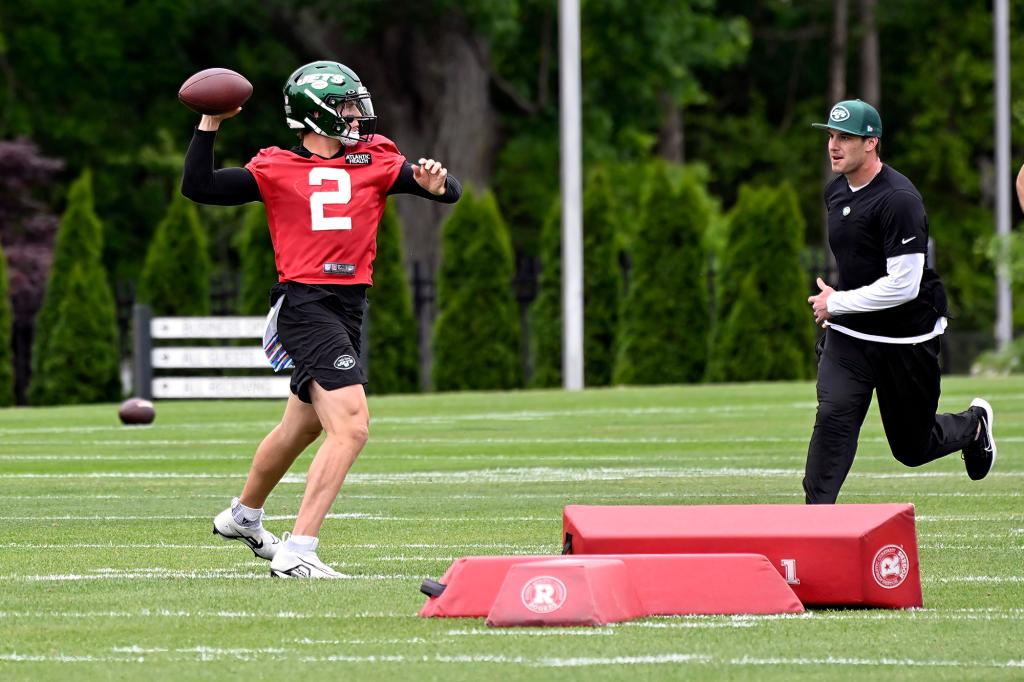