Assault, generally defined as the intentional act of causing physical harm to someone else, can take many different forms:

Any sexual act you didn’t give explicit consent for counts as sexual assault. This includes touching or harassment, sexual coercion, and rape or attempted rape, among other nonconsensual acts.

No matter what happened, sexual assault is never your fault. Finding the words to describe what happened, though, could help you navigate the assault, get support, and begin to heal.

Read on to learn how to differentiate between sexual abuse, sexual harassment, and other types of sexual assault. You’ll also find some guidance on getting help.

The exact definition of sexual assault can be hard to pin down, in part because different states don’t always use consistent terms to describe particular acts of assault.

The Rape, Abuse & Incest National Network (RAINN) has a State Law Database where you can learn how your state legally defines crimes like sexual assault, rape, and sexual battery.

This type of sexual assault includes a range of both physical and verbal unwanted sexual advances, according to Heather Kent, a licensed psychotherapist and trauma recovery specialist.

It’s worth noting that sexual harassment doesn’t have to be directed at a specific person. Comments made to or about a group, like all the women in your office, still fall into the category of sexual harassment.

There’s some crossover: Unwanted touching or physical acts, could count as both sexual harassment and sexual assault.

The main difference lies in the fact that sexual assault usually refers to criminal acts. Sexual harassment may not be legally considered a criminal act, but it still violates your civil right to a safe and nonhostile working or learning environment.

Sexual battery generally refers to any kind of touching of your intimate parts, or the perpetrator’s, that happens without consent or against your will. This touching can happen with or without clothes on.

Aggravated sexual assault is usually defined as knowingly or recklessly causing or threatening physical harm during a nonconsensual sexual act. But again, the exact definition varies by state.

In some states, Jenkins notes, sexually assaulting an older adult or someone living with a disability is also considered aggravated sexual assault.

Kent explains that aggravated sexual assault typically involves one or more of the following:

Laws in all 50 states recognize that minors cannot give informed consent to any sex act — although the exact age of consent ranges from 16 to 18, depending on the state.

Sexual abuse can include an adult doing one of the following:

It may not always be easy to define what happened, in part because of widely varying definitions.

However, Kent says you should feel free to use whatever term feels most comfortable for you. If you find it easier to say, “I was assaulted,” than “I was raped,” that’s absolutely OK.

If you feel confused about what happened, counselors and advocates at crisis centers like RAINN can:

No matter what you’ve experienced, you deserve support and compassion.

A sexual assault can leave you feeling overwhelmed and distressed to the point where you find it difficult to make decisions. If you’re not sure what to do first, these steps can help.

Your safety is the most important thing, says Jenkins.

So, if you’re injured or in immediate danger, you can start by calling 911.

If you don’t have any injuries but still don’t feel safe, you may want to reach out to a trusted family member or friend for help.

If you plan to do a forensic exam, otherwise known as a rape kit, you’ll want to preserve as much DNA evidence as you can.

That means avoiding the following, if at all possible, until you get to the clinic or hospital where the exam takes place:

Keep in mind you don’t necessarily have to report the crime just because you have an exam.

“You don’t have to decide right away if you’re going to talk with the police about what happened or press charges against the person who assaulted you,” says Kent. “But just in case you do, it’s important to have as much DNA evidence as possible.”

DNA evidence is a key component of investigating and prosecuting sexual assault. It can help identify a perpetrator and build a stronger case against them in court.

Reach out for emotional support

“It’s incredibly important that survivors of sexual assault feel empowered to tell their story when and how they want,” says Rena Isen, a licensed psychologist and forensic evaluator. “Sexual assault is physically and emotionally traumatic and can result in a feeling of loss of control. So, it’s vital for survivors to have control over the telling of their story after the assault is over.”

Maybe you don’t yet feel comfortable talking to family or friends about the assault. Or you try, but they respond in an unsupportive way.

You still have options for confidential, compassionate support. You can:

Any of these will connect you with a trained staff member at a sexual assault service provider. They can offer support with getting help at your own pace by:

Know your options for reporting the assault

If you’d like to report a sexual assault, your options generally include:

If you ever feel as if an officer isn’t taking your case seriously, or they make you uncomfortable in the reporting process, consider asking to speak to their supervisor.

No matter what type of sexual assault you’ve experienced, you deserve to be believed and treated with respect.

Connect with a therapist

A linked the experience of sexual violence to a number of mental health concerns, including post-traumatic stress disorder (PTSD), anxiety, and depression.

That’s why experts agree it can be immensely helpful to seek support from a licensed mental health professional in the aftermath of sexual assault.

A therapist or counselor can:

Not sure how to find a therapist? Our guide can help.

Connecting with other survivors in a peer support group could also have benefit.

One of the most important things you can do when experiencing sexual harassment?

Document the experience, says Kent. Companies and schools may not be liable for damages relating to harassment unless they know about it. If they know about it and fail to take action, they can be held responsible.

That’s why Jenkins recommends keeping all voicemails, emails, texts, and other communication that displays sexual harassment.

It can also help to tell a trusted friend, colleague, or family member about the harassment if you feel comfortable discussing it. Telling someone serves two purposes: Your loved ones can offer support — but they can also serve as witnesses later on.

If the harassment only happened in person, write down exactly what you remember in as much detail as possible as quickly as you can. Note any people nearby who may have witnessed the interaction.

Before doing so, it might be a good idea to review your school or employer’s sexual harassment policy and procedures.

In your complaint, offer as much information and detail as you can about the dates, times, nature, and frequency of harassment you experienced.

Resources that can help you in handling sexual harassment include:

If you experienced any type of sexual assault, Jenkins, Ohebshalom, and Kent recommend the following resources for navigating your next steps:

After experiencing sexual assault, you may not know where to turn. But remember, you’re not alone, even if you don’t feel ready to talk with your loved ones.

After you make sure you’re safe, you have plenty of paths to getting support. Trained advocates and other experts can help you explore your options — because the decision of how to respond to sexual assault is highly personal, and yours alone.

You get to choose who to divulge your experience to and how, and whether or not to report it or press charges. If you do choose to take legal action, knowing the differences between terms used to describe sexual assault can help. That said, when talking about the assault, you can always use the language that feels most comfortable for you.

Rebecca Strong is a Boston-based freelance writer covering health and wellness, fitness, food, lifestyle, and beauty. Her work has also appeared in Insider, Bustle, StyleCaster, Eat This Not That, AskMen, and Elite Daily. 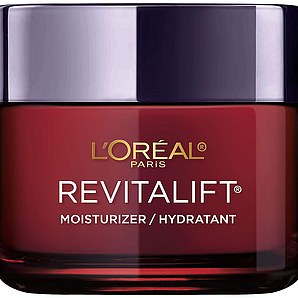