WATERLOO REGION — Dentist visits are too costly for more than 100,000 residents of Waterloo Region, leaving them no choice but to put off care until there’s a crisis.

By then, the problem is much worse and still often the only choice is going to a doctor or emergency department for care that’s not ideal but covered.

“It’s much, much more expensive,” said researcher Steve Ayer. “And the outcomes are worse.”

Ayer wrote a recent report on oral health in the region for the Kitchener Waterloo Community Foundation, highlighting the significant difficulty and impact on low-income and marginalized residents who can’t access or afford essential dental care.

When people have a limited income but no dental insurance, basic needs like food and housing take priority over a dentist appointment. About 138,000 residents in the region do not have dental insurance, 54,000 only go to a dentist for emergency care, and 46,000 suffer persistent pain in their mouth.

“Oral health often falls off the table,” said foundation vice-president Lynne Short. “And it has long-term implications for the quality of life of residents.”

OHIP does not cover the cost of dental care and the patchwork of plans for low-income residents leaves most adults aged 18 to 65 without coverage, including many who are working but do not receive benefits as the economy shifts from full-time jobs to more temporary gigs.

Rankin is part of the Ontario Oral Health Alliance, which is calling on all parties to fill in the gaps for dental care to ensure equitable access for all as the June 2 provincial election looms.

Ontario lags behind other provinces in government support for dental care, spending only $6 per person compared to a $25 provincial average across Canada.

One in three Ontario residents do not have dental insurance, and one in five can’t afford dental care. Every year, an estimated 3 million people do not visit a dental office because they cannot afford it.

“The need is tremendous,” Rankin said.

Every day, Rankin sees people at the downtown centre who aren’t able to get dental care. Even those who have coverage through provincial welfare or disability programs can have trouble finding a dentist, partly because that coverage pays below market rate.

And the price of dental care continues to climb. Over the past two decades, the cost has been increasing at twice the rate of inflation — faster than other goods and services except for tobacco.

Those most likely to have poor oral health and no insurance are racialized people, newcomers, seniors, low-income and part-time workers, people who are food-insecure and struggling to find affordable housing, the alliance reports.

“What we’re hoping for is a more comprehensive program that covers everyone in Ontario,” Rankin said.

It should include both routine care and address any pressing oral health issues, he said. “It’s all important in order to have healthy teeth and gums.”

There is some effort to address the problem but critics say it’s inadequate. The federal government’s April budget pledges $5.3 billion over five years for a national dental-care program for low-income Canadians, and the Ontario NDP election platform promises free or low-cost dental care for all low- and middle-income families.

The province introduced a new plan in late 2019 that offers free routine dental care to seniors who can’t afford it. But the local program, with sites in Cambridge and Kitchener, is struggling to meet the demand. Any new federal plan would also be overwhelmed with demand when launched.

Good oral health is essential to good health in general. Chronic diseases such as diabetes and heart disease are worsened by poor dental health, which can also seriously affect quality of life.

Beyond the discomfort of tooth pain, people who lose teeth can have difficulty eating, focusing and become depressed. The most marginalized — people who are homeless or precariously housed — will also have trouble finding work due to the stigma around missing teeth.

About 25,000 residents say they’re unhappy with how their teeth or dentures look — a number that is likely low since it would only capture those in the general population and not marginalized residents.

“It’s definitely an issue for a lot more people than you might think,” Ayer said.

As the price of everything continues to climb, more people will have trouble making ends meet and dental care will become unaffordable for those without coverage, advocates warn. People can also suddenly find themselves out of work, and without dental care.

Dental problems that aren’t dealt with can become much worse when people have no way to pay for a dentist. Then the only way to find relief is going to a doctor or emergency department; usually the sufferer leaves with only painkillers and antibiotics.

“And they don’t get the problem resolved,” Rankin said.

Even such half measures result in a hefty bill paid out of public coffers. Visits to the doctor or hospital for dental problems cost at least $38 million annually in avoidable health-care costs. And that doesn’t include worsening health issues caused by poor oral health that will also need to be treated.

“Part of it is the long-term cost to the system,” Short said.

Tue May 10 , 2022
Trusted reference source is used by millions of medical students, faculty, and physicians around the world to continue their learning NEW YORK, May 9, 2022 /PRNewswire/ — McGraw Hill today announced the publishing of the 21st edition of Harrison’s Principles of Internal Medicine, the foremost, leading medical reference worldwide for […] 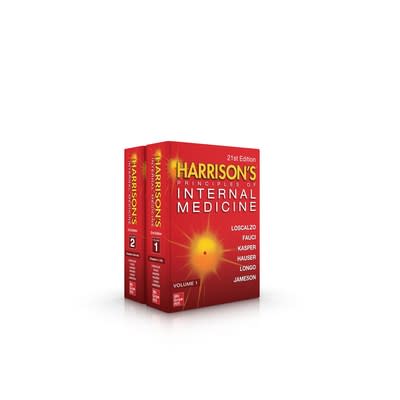