Dr. Sheri McKinstry is optimistic that a new national dental program will offer much-needed access to dental care across the country, but she also says it’s currently unclear how it will help improve oral health in remote Indigenous communities.

“I can’t see it making that big of a difference in the communities because a lot of it has to do with access and getting dentists and oral-health providers into the community,” said McKinstry, a pediatric dentist and assistant professor in the College of Dentistry at the University of Saskatchewan.

As part of a supply-and-confidence agreement between the Liberals and NDP, the federal government proposed a national dental care program for families making less than $90,000 per year.

“There are other things that become more important to survival and living and thriving than oral health and oral health seems to go by the wayside,” she said.

A 2019 York University study of dental health among Indigenous communities in Ontario found that more than a quarter of participants in the research only visited a dentist for emergencies.

The auditor general of Canada reported in 2017 that First Nations and Inuit populations had nearly twice as much dental disease compared to non-Indigenous Canadians, due in part to fewer visits to a dentist, geographical barriers and poorer access to nutritious food.

WATCH | What we know about the proposed federal dental-care plan:

What we know about the Liberals’ proposed dental care program

The federal Liberals are promising to introduce a dental care program for middle- and low-income Canadian families, under its confidence-and-supply agreement with the NDP. Officials expect the program will start later this year for kids under 12, with full implementation by 2025. 2:10

Senator Mary Jane McCallum, who worked as a dental therapist in communities across northern Manitoba and Saskatchewan, says that the oral health situation continues to worsen in some remote Indigenous communities.

“The number of unmet needs that are now in the communities will never, ever be able to be brought under control by just one dentist going in, even if they went in every week,” said McCallum.

She saw this first hand last year, when in response to the pandemic McCallum flew into northern Manitoba to provide dental care to a handful of students.

Of the students she saw, three needed follow-up dental work after McCallum’s treatment. Some patients were experiencing over-crowded housing, domestic violence and food insecurity, she said.

That experience, she told Checkup, drove home to her the importance of addressing social needs that influence poor health.

“It really showed me that this isn’t only bacterial in origin. There are social issues here that continue to perpetuate the dental disease,” said McCallum.

As the federal government looks toward a national program, McCallum believes that such an approach must prioritize younger populations.

“Target the children. They have no control, no influence over their lives. So be focused, work on that group and see how it works because you can just open it to everybody,” she said.

In a statement, a spokesperson for the Office of the Health Minister said “the Liberal Party of Canada and Canada’s New Democratic Party have agreed to work collaboratively in key policy areas, including expanding and protecting our health-care system.”

Health Canada did not directly respond to a question from CBC Radio about whether a national program would prioritize access to dental care in remote Indigenous communities.

‘Safety net’ for those without coverage

Programs to improve dental care nationally should be considered through a health equity lens, McKinstry said.

Health can be thought of as a ladder, with those on the top rungs enjoying far better support than those on the bottom rungs, she explained.

A national dental-care program risks widening that gap, she said — and with many Indigenous communities already at a disadvantage, it’s critical to consider the most vulnerable.

“What we don’t want to do is increase the health and inequity gap, which can actually happen if we’re not taking indigenous people in the communities into consideration when we’re rolling out this program.”

Despite concerns about the plan’s rollout, Herenia Lawrence, an associate professor in the faculty of dentistry at University of Toronto, says it could provide a “safety net” for Indigenous people not covered under the existing NIHB plan.

The proposed program could also “facilitate access to care for Indigenous peoples living off reserve in major urban centres who often struggle to find care,” she said.

Under the Liberals’ supply-and-confidence agreement with the NDP, additional funds are also being earmarked for affordable housing, in particular housing for Indigenous communities.

Efforts to address overcrowding on reserves could help reduce the barriers to accessing care, Lawrence said.

“This would be a step towards addressing inequalities that can affect oral health and access to dental care as well,” she told Checkup.

Nutrition, Benefits, and How to Make at Home

Fri Apr 1 , 2022
Potato milk is a plant-based milk alternative made out of (you guessed it!) potatoes. You can make it at home by blending cooked potatoes with water. You can also make it more flavorful by adding ingredients like maple syrup and salt. Commercially made potato milk has a very different vibe […] 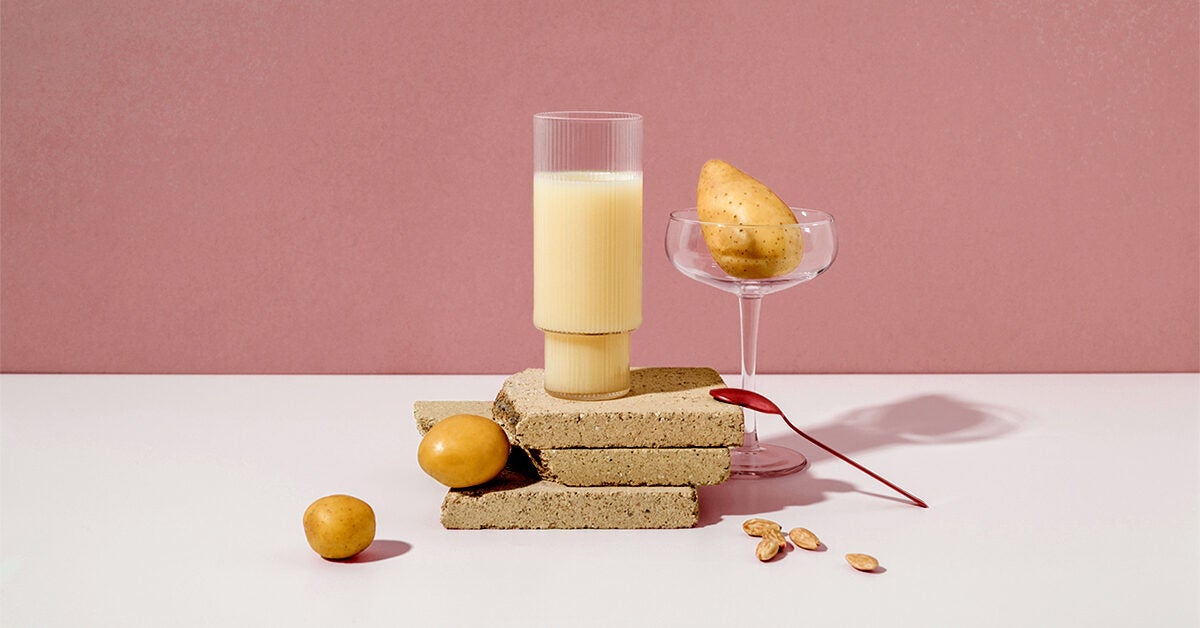