There’s more to boxing training than putting in the hard graft in the ring. Padwork, drills, cardio and strength sessions all have their place in a well-rounded fighter that’s expected to go the distance on fight night.

Just ask British WBO cruiserweight boxer Lawrence Okolie, who, during a video filmed during the national lockdown in 2021, lifted the veil on his at-home fitness secrets that would prep him for the defence of his WBO cruiserweight title this weekend against Michal Cieslak.

As seen in the latest episode of How I Build My Body, where Men’s Health UK takes a deep dive into the training, fitness and wellness routines of celebrities, entertainment personalities and sportspeople, the 29-year-old pugilist relied on a mix of equipment and exercises to both build strength and forge fighting fitness ahead of this weekend’s bout.

Starting with dumbbell rows — Okolie uses an empty keg for stability — the boxer hits five to eight reps on each side for the prescribed sets. By definition, this is functional fitness for Okolie: “[It’s] important for me as a boxer, as it’s where I generate a lot of my rotational power,” he explains, “and it helps to make sure nothing comes out of place when I throw my punches.”

Next up? Medicine ball slams. Designed to push the needle in your training, this high-intensity exercise helps Okolie build explosive power while “letting loose”. Shooting for five aggressive reps, Okolie uses this move to build dynamic strength and explosive power that translates directly into his time in the ring. Kettlebell swings follow, another smart move for explosive power and mind-muscle connection. As Okolie demonstrates, don’t be tempted to squat. Your knees should bend slightly but most of the movement is driven by your hips.

Penultimately, Okolie walks you through one of his best low kit, do-anywhere exercises: interval shadow boxing. “This one can be done anywhere, in any scenario,” he explains. “Just get your hands up and throw punches. Go as hard or as fast as you like.” Whether you go for 10 or 20 punches, you can cycle between low- and high-intensity punching for a HIIT-style cardio workout. After wrapping the shadow boxing, Okolie recruits a bodyweight staple, the plank stretch, to help build core strength that lasts. “It’s really great for core strength,” he says, “I have to take body shots and rotate with every punch, so it’s good to have a solid core.” Stretching to a target without his hips shifting, Okolie demonstrates the move perfectly.

All-in, it’s a well-rounded home workout that can be repped out as a circuit, as a HIIT session or as a less-intense calorie-burner. Thanks to his fitness, Okolie will be ready come fight night.

Edward Cooper
Ed Cooper is the Deputy Digital Editor at Men’s Health UK, writing and editing about anything you want to know about — from tech to fitness, mental health to style, food and so much more.

This content is created and maintained by a third party, and imported onto this page to help users provide their email addresses. You may be able to find more information about this and similar content at piano.io

Tue Mar 1 , 2022
Oral health care should be more affordable, accessible, and responsive to the needs of communities, write the authors of a new perspective piece in The New England Journal of Medicine. Credit: NIH/NIDCR Americans’ oral health has improved over the last two decades, but disparities in oral health have stubbornly persisted […] 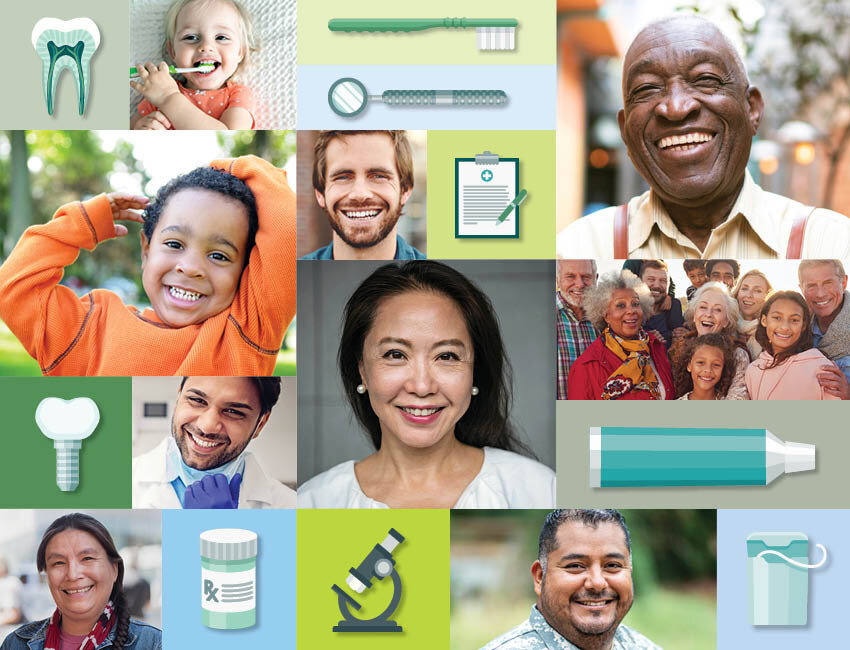