When you think of healthy greens, algae probably isn’t the first thing to spring to mind. So, is seaweed good for you? Absolutely.

Seaweed is a rich source of thyroid-supporting iodine. It also contains minerals, vitamins, and antioxidants that could boost heart and digestive health. If you’re trying to lose weight, it might help with that, too.

Seaweed refers to all kinds of algae. Here are some common types:

Keep reading for the science-backed benefits of seaweed, plus tips on how to eat more of it.

Seaweed is so nutrient-rich, it’s basically a superfood. Nutrition can vary by type, but here’s the breakdown of 3.5 ounces — or 100 grams (g) — of raw kelp:

As for the micronutrients?

Seaweed also contains iodine, although the amount varies according to species, location, and the manufacturing process. Dried seaweed’s iodine count lands between 16 micrograms (mcg)/g and 2,984 mcg/g. That’s anywhere from 11% to 1,989% of your recommended daily intake.

Seaweed = so much more than a slimy, green beach nuisance! Let’s look at the plethora of health perks.

Will a California roll prevent thyroid disease? Probably not. But iodine is essential for healthy thyroid function.

Most adults need about 150 mcg of iodine per day. A deficiency can affect fertility and lead to red flags like exhaustion, neck swelling, and unhealthy changes in weight. But a mere gram of sea moss offers 47 mg of iodine. #Winning

Can stave off disease with antioxidants

Your body needs antioxidants to stabilize free radicals, the unstable molecules that damage cells and contribute to major health probs.

Seaweed is swimming with antioxidants like flavonoids, carotenoids, and vitamins A, C, and E.

Brown seaweed also contains a carotenoid called fucoxanthin. This bad boy has 13.5 times the antioxidant power as vitamin E and is known to protect cell membranes more effectively than vitamin A.

Could keep your gut happy

The fiber in seaweed feeds the good bacteria in your gut. Digestion-wise, it also keeps things moving. 💩

But fiber’s not the only gutsy star on seaweed’s roster. Seaweed also contains sulfated polysaccharides, which the good bacteria in your digestive system adore.

Seaweed’s fiber can support weight loss by helping you feel full quickly *and* for longer. But the micronutrients in some seaweed could accelerate results, too.

A 2015 research review found that the fucoxanthin in edible brown seaweed might have positive effects on obesity. But researchers emphasized that more research is needed in humans.

A 2020 research review with mice included info on the effects of taking 1 g of red seaweed extract daily for 12 weeks. The mice who received the extract lost more body fat than the ones who took a placebo.

Although preliminary research is promising, there’s not enough solid evidence to say for sure if eating seaweed can help people lose weight.

Did you know that heart disease is the leading cause of death among pretty much all peeps worldwide? High cholesterol and high blood pressure are major contributors to heart disease. Seaweed may help ward off both.

A 2013 animal study found that rats who received freeze-dried seaweed had much healthier cholesterol levels than the other rats. Of course, we need more research since this study is dated *and* was performed on animals, not humans.

Whether you’re living with diabetes, prediabetes, or blood sugar spikes, seaweed might be your new BFF.

Then there’s a 2018 study with rats, which found that some seaweed compounds reduce fasting blood glucose levels.

Limited research suggests that some types of seaweed can help your immune system.

A 2018 animal study found that adding seaweed to fish feed boosted immune function in salmon. A 2015 animal study also found that feeding sea moss to rats increased the animals’ ability to fight off bacteria and viruses.

Results are promising, but there’s no proof that seaweed has the same benefits in humans, yet.

Seaweed is considered healthy if you eat it in moderation. Here are the risks of eating too much of the stuff.

TBH, a 2014 case report showed that connecting seaweed consumption with iodine overdose is rare. And it seems that simply lowering your intake can clear things up. But since most adults can tolerate only 1,100 mcg of iodine per day, pushing past that on a regular basis could be bad for your thyroid.

So, what about folks who eat seaweed on the regular? In Japan, some people consume 667 to 2,000 percent of their required daily intake. The trick is eating seaweed with veggies like broccoli, cabbage, and bok choy. These foods contain compounds that prevent the thyroid gland from taking up too much iodine.

Cooking also has an impact, too. Boiling kelp for 15 minutes can eradicate up to 90 percent of its iodine.

Seaweed excels at absorbing and storing minerals. That can be bad news if the plant soaks up heavy metals like mercury and lead.

Ingesting metal is no joke, but the risk of this happening is super small. A 2017 analysis found that the low metal levels in most seaweed does not pose a serious health risk.

Want to include more seaweed in your diet? You could try…

Most peeps can safely eat seaweed. Just stick to the recommended serving size to avoid iodine overload or heavy metals.

Yoga on the Rocks series is back for 2022 summer season

Sat Apr 23 , 2022
Yoga on the Rocks will celebrate its 10th season in 2022 with new bilingual sessions. MORRISON, Colo. — Colorado yogis can once again do a downward dog in one of the most beautiful settings in the state.  Yoga on the Rocks is coming back to Red Rocks this summer. Yoga on […] 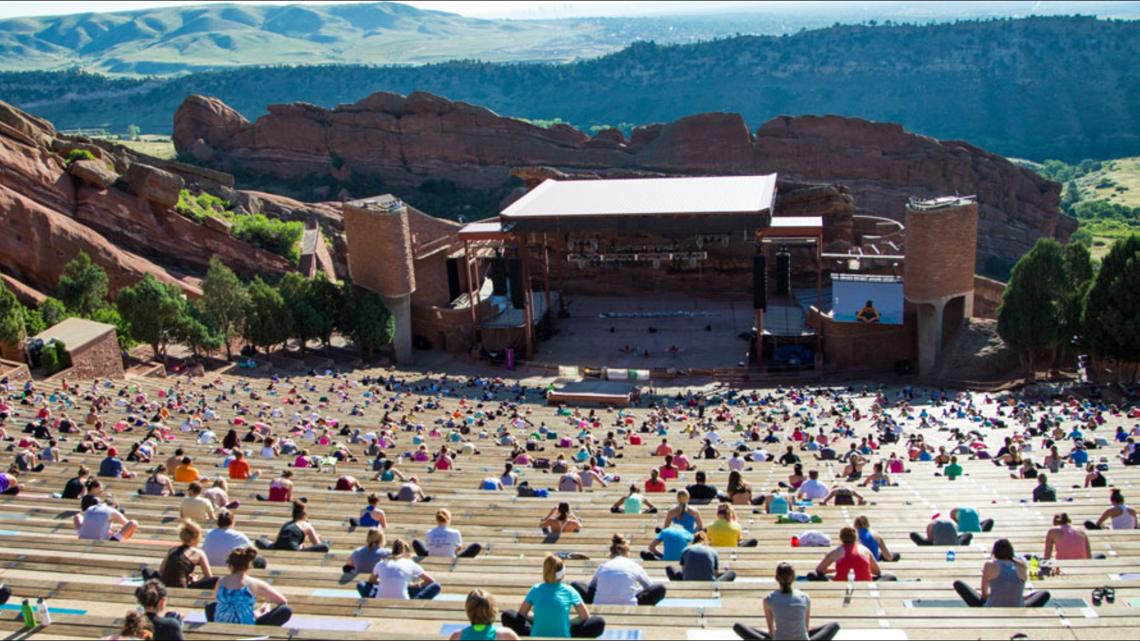