On Saturday night, the 29-year-old fitness model took to social media to share a short video clip of her performing a flexible yoga pose in a tiny blue thong bikini.

In her latest Instagram post, set to Pascal Letoublon’s “Friendships,” Jen shared a two-second clip of her doing yoga barefoot in front of a desert landscape. Her long dark hair is tied back in a ponytail that falls down her back as she poses with both arms straight out past her head and one foot raised high in the air behind her, showing off her toned booty.

Jen starts out in the pose and then quickly stands up straight again, looking over at the camera and bending one leg out in front of the other as she struck another sultry pose for her followers. In the caption, Jen left some “great reminders” for her followers as she continued to share some positive mindset tips with her millions of fans.

Jen started off the caption by writing “GREAT REMINDERS” before she included a list of six important points. These included: Keep a positive mindset, give yourself healing time, you can’t change the past, don’t compare your journey, your perception is power, and, maybe most importantly, do what makes you happy.

Many fans and friends lit up the post with red heart emojis to show some love for her cool video and her inspiring caption. “Stunning 😍😍❤️❤️❤️❤️,” one follower commented. “You are so beautiful in your picture,” another fan wrote. “A million-dollar body,” a third follower gushed. “Love the view 😍😍,” another fan chimed in. “I love your booty 🍑,” another direct follower added.

Jen Selter Loves To Prove How Flexible She Really Is!

In another Instagram video, Jen decided to practice her time lapse video skills as she perched on the edge of a dock, supporting herself on her hands with her feet on the pillar. Her sun-kissed tan is practically glowing against her pink bikini top and matching thong bikini.

As she stretches her leg back behind her head, she is suddenly wearing a hot pink sports bra with leggings. There are also athletic sneakers on her feet, whereas she had previously been barefoot. “This is your Monday reminder that you’re a bad a– B and you can handle whatever this week throws at ya!” she wrote in the caption.

One fan asked, “How many outfits ended up in the water?” Jen replied, “zero!!! Woohoo.” OP replied, “🙌🙌🙌 that’s great.” Another fan commented, “You’re so good at this trick.” Another follower wrote, “Beautiful view 😍.” A third fan called her “Magic Jen 😍😍😍,” while yet another fan told her “That’s your hottest transition yet🤯🤯.”

Jen Can’t Get Enough Yoga Videos With Her Followers!

In yet another Instagram video, the social media sensation is wearing a barely there thong bikini that is practically invisible given the shadows cast by the setting sun. In this video, Jen is standing in front of the ocean as she moves through several yoga poses, demonstrating her flexibility. Set to the tune of Avicii’s “The Nights,” white text over the video reads, “If you want to be strong, learn to enjoy being alone!” Jen repeated the message in the caption of the post.

“Jen you have one of the best bum’s ever and I know that you work hard to keep it that way,” one fan commented. “Jen, You are so incredibly beautiful and inspiring!! 🥰🥰🥰🌷🌷💕💕🌷,” another follower wrote. “Body so perfect 🔥🔥🔥,” a third fan gushed as another fan commented on her “Magical 😍😍😍😍” video. Other fans showered her post with compliments of “stunning,” “gorgeous,” and “so pretty.”

And these videos are far from the only content Jen has shared lately, because she’s also been dropping a ton of sexy bikini snaps too! The popular fitness model recently teased “golden hour” in a barely there bikini, causing fans to drop fire emojis all over her post. Fans can check out those sultry snaps by clicking here.

Mon Sep 26 , 2022
Check out what’s clicking on FoxBusiness.com More than 1,500 yoga teachers and students are urging fitness apparel retailer Lululemon to phase out its use of coal to manufacture its products. Advocacy groups Stand.earth and Actions Speaks Louder penned an open letter to the company demanding it transition to 100% renewable […] 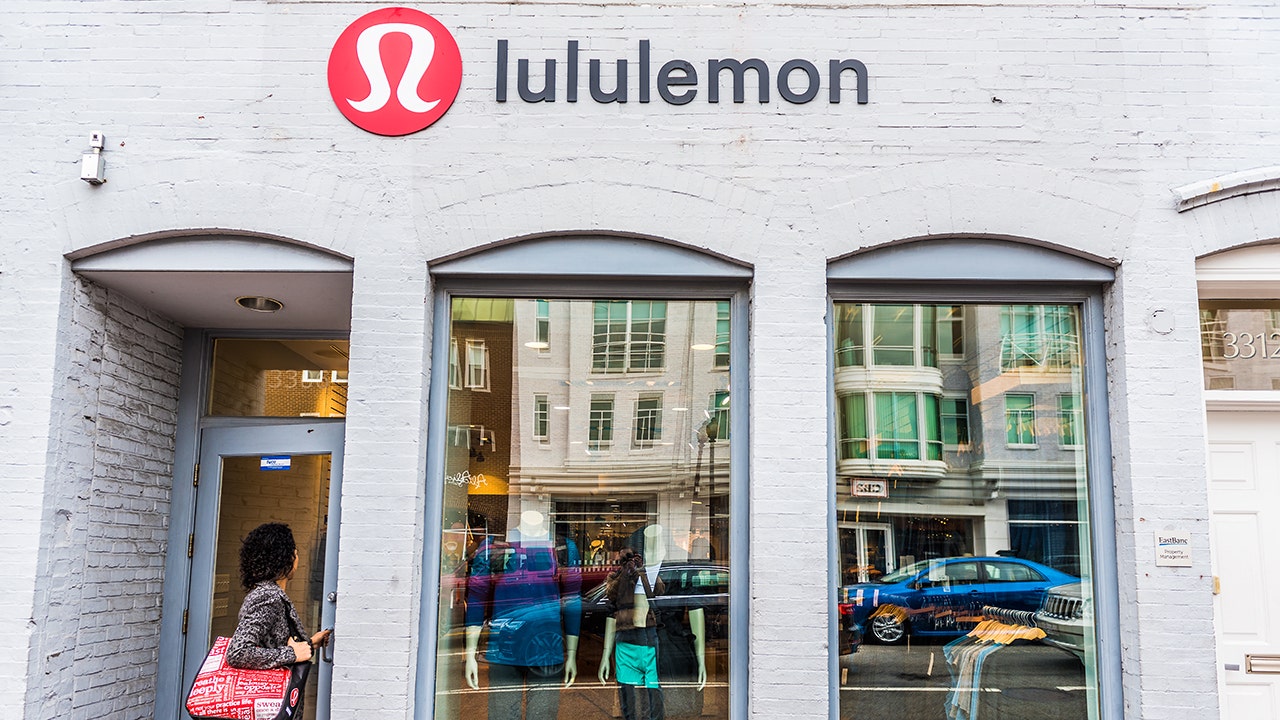