Since then, she’s been fusing Afro yoga with different disciplines including Afro-fusion dance. Photo: Archive

Actress and choreographer Khabonina Qubeka has decided to blend yoga and twerking into a curious workout routine.

Her first session will be on Saturday. The bubbly personality was quite chuffed with herself when she explained what the event would entail.

I have been practising yoga for over 10 years and in 2018, I launched Afro yoga in Hong Kong. This was my own contribution to the yoga world. I received an award for it in Hong Kong at the City University.

Since then, she’s been fusing Afro yoga with different disciplines including Afro fusion dance.

At first glance, you would think this is Destiny’s Child meets Kundalini, but Qubeka has an intensely patriotic outlook, which she’s cemented this idea in.

She said: “If you research the origin of what’s called ‘twerking’ today, especially in Africa, you’ll realise that it’s an old folk movement! The origins of twerking are endless, from various African nations, thousands have had more than their fair share of twerking varieties and naming: kilwa in Tanzania, chakacha [traditional music and dance style] in Kenya and the amazing Baganda baakisimba movement [a dance style from Uganda] … it is all incredible.”

She elaborated on how this movement aimed to heal. “The known health benefits of twerking are that it strengthens muscles in just about every part of your body. Not only do you sculpt, tone and grow your butt, your thighs become super strong, your hip flexibility increases and more than anything, it boosts your confidence.”

She is of the impression that you can burn up to 500 calories in 60 minutes of twerking.

People must join us this weekend because it is not only about physical exercising, but also learning natural self-pampering techniques through Sea moss [a type of red algae also known as Irish moss].

This will include facials and smoothies all made from Sea-moss. Additionally, conversations will be epic while networking and making new friends will be the call of the day.

As a personality who people know, celebrate and follow for her obsession with fitness, some of her views on weight loss could spark some much-needed conversations around the principles of wellness.

“I truly believe weight loss ideas and execution have evolved through the years. People are now more invested in the instant way of weight loss through surgery and pills, but no one wants to give their body, mind and soul some real time to go through changes naturally.

READ: Bakae: Do you remember any of these dance moves?

“I don’t judge whatever mechanism people choose to use. I believe that taking time to engage your body and seeing it change will encourage you to maintain it in its weight-loss stages. Remember your basics, keep running, walking, cycling, swimming and dancing but most importantly, you must incorporate these with a healthy diet, especially now in winter.”

The next Sea moss yoga twerk session will be in Pretoria. The plan is to hit the Eastern Cape, KwaZulu-Natal, Cape Town (the Western Cape) Mpumalanga and Polokwane (in Limpopo) in the second half and last quarter of the year.

You can catch the actress at any of these sessions or enjoy her small screen efforts in Generations: The Legacy on SABC 1 and her psychological drama Lilith, which is streaming on Amazon. She is also filming two new series.

The actress is also full steam ahead with her philanthropic initiative, the Khabonina Foundation.

I’ve been doing lots of work over the years, especially for kids. The most important was the readathon project in schools a few years ago. Currently, the foundation is focusing on the Tshepong Stimulation Centre in Katlehong, in the east of Johannesburg. A percentage of the proceeds from this weekend will go to them. We aim to continue to show appreciation to the caregivers of Tshepong as we did pre-lockdown

She also has other projects that focus on mental wellness and general health. Visit Khanatural.com for more information.

Tue May 10 , 2022
Experts have created a bespoke neck yoga routine shared exclusively with Express.co.uk. Philippa from Luminous Face Yoga teamed up with Prai Beauty, creators of award-winning anti-aging products, to create the face yoga method. Follow the eight steps below to breathe new life back into your neck and turn back the […] 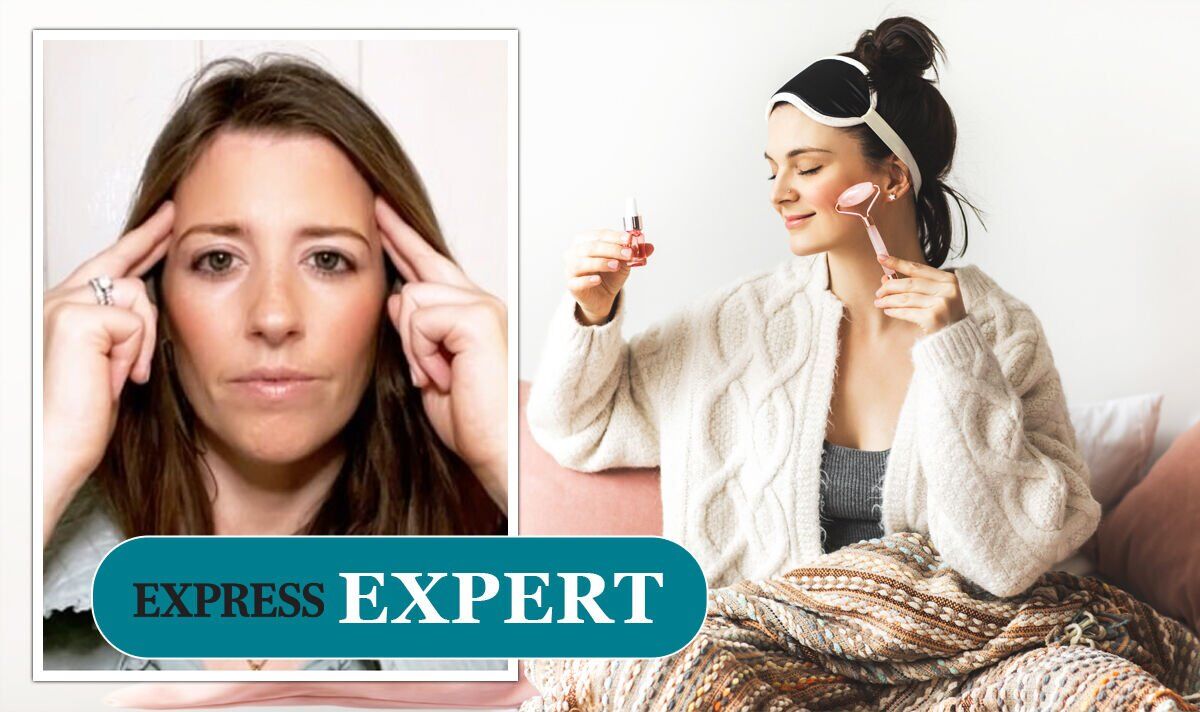