Lyon College, a small, private institution in Arkansas with a student enrollment of just under 700, plans to open professional schools for veterinary science and dentistry as soon as 2024.

The plans are ambitious for a college of modest size and wealth, and its leaders acknowledge they did not make the decision lightly. They say Arkansas desperately needs both professional schools and is losing students, including undergraduates educated at Lyon, to out-of-state medical and veterinary schools. They’ve enlisted a private capital group to help fund the two initiatives.

“We knew that our programs work,” Melissa Taverner, president of Lyon, said of the college’s academic offerings, noting the high rate of acceptance of Lyon alumni into medical schools (87 percent of its graduates who applied to medical school over the past 10 years were accepted) and their high level of employment or graduate school enrollment (95 percent were employed or in graduate school within six months of graduation). “The other part of the equation was ‘What are the needs?’”

According to the Arkansas Department of Health, eight of the 75 counties in the state had no registered veterinarian and 10 others had only one in 2020, the most recent year for which data is available. Ten counties had nine or fewer dental professionals over all, including dentists, assistants and hygienists; the total number of dental professionals fell by 3.5 percent that year.

There are no veterinary schools or dental schools in Arkansas, and residents who want to study or specialize in these fields have to go out of state, a trend state university system officials recognize and want to slow down. On its website for its undergraduate colleges, the University of Arkansas has pages listing the nearest dental schools in the six states that share its borders and links to out-of-state financial aid for graduates who want to go on to veterinary school. The university’s medical sciences school offers dental assistant and dental hygiene education but not a dental school. The undergraduate college offers a combined academic and medical or dental bachelor’s degree and a predental program that satisfies the requirements for a dental school application.

Arkansas State University in Jonesboro announced in 2020 that it was exploring a public-private partnership with AdTalem Global Education to open a veterinary school. University spokesman Bill Smith recently told the Arkansas Democrat Gazette that those discussions “are ongoing” and that “Their representatives were in Jonesboro last week.”

Lyon’s announcement, Smith added, “does not have any impact on our plans.”

Besides the new schools being a potential boon to the state agriculture industry, Arkansas secretary of agriculture Wes Ward said, “We’re also excited for the students of Arkansas. Hopefully it’ll give them the opportunity to get their veterinary education in the state and hopefully give them the chance to stay in the state as opposed to opting for another … I don’t have any data or statistics to back it up, but it’s a commonly held opinion that wherever you go to school, you tend to stay there.”

Building and sustaining full-fledged medical schools is difficult and expensive, and, as Ward pointed out, attending dental school or veterinary school is also expensive. “Whether that’s a hindrance or not I don’t know.”

There are currently 33 veterinary schools in the United States located in just 27 states, according to the American Veterinary Medical Association. New Jersey will get its first veterinary school in 2025 at Rowan University; the state Legislature last November approved $75 million for its construction. Last week, Purdue University’s College of Veterinary Medicine opened a new 163-square-foot animal hospital that cost $108 million, $73 million of which was funded by the state.

According to the American Student Dental Association, there are 70 dental schools in the U.S. in 36 states, the District of Columbia and Puerto Rico.

Lyon is partnering with Little Rock–based OneHealth Education Group, a private capital group formed to fund professional health science programs. Frazier Edwards, president of the OneHealth, is also an executive with the Arkansas Rural Health Partnership, which provides funding for rural and other communities lacking in basic health services, including dental care, and veterinary services.

“The industry really demanded it,” said Andy Goodman, president of Arkansas’ Independent Colleges and Universities, an association of private, accredited institutions of which Lyon is a member. “Lyon identified its need for developing professional programs as well.”

The veterinary and dental schools will be located in Little Rock, the largest city and metropolitan area in Arkansas, and 93 miles from Lyon’s campus in Batesville, a town of 11,000 in the north-central region of the state.

Taverner became Lyon’s president just last August, after she served as provost and dean of faculty. During much of the time before becoming president, she had been among the college’s leaders who were figuring out how to expand and move beyond its historic emphasis on liberal arts, especially in light of its students’ achievements in STEM education in recent years. She said they began adding graduate and professional programs a year ago with an eye on completing those efforts by Lyon’s 150th anniversary celebration this year. (Lyon is the oldest college in Arkansas.)

Earlier this year, the college instituted an R.N.-to-B.S.N. program in collaboration with a hospital in Batesville. Taverner said the program, which prepares nursing students with associate degrees to earn bachelor of science degrees in nursing, was “directly in response to a community need” for nurses with degrees in an underserved area.

Lyon’s mission to grow the college happened to coincide with OneHealth looking for places to build the needed veterinary and dental programs, she said: “Independently, two factions happening at the same time. We were moving down this thing parallel.”

Lyon and OneHealth officials believed the need for veterinary and dental schools and for professionals in those fields was extreme, Goodman said.

“There’s been talk for years of a need for small- and large-animal vets. We’re a highly agricultural state as well, so we need it for our agriculture industry and for just the regular vet industry,” he said.

According to data provided by Lyon, the U.S. Department of Agriculture and state agriculture lobbying groups, between 15 and 17 percent of the state’s economy annually comes from agriculture, including livestock and poultry.

Lyon has “been looking for strategic opportunities for a while,” Goodman said.

Lyon applied for accreditation for the veterinary and dental schools in March, and administrators say they want to admit students as early as 2024.

“It’s fairly aggressive,” Goodman said of the timeline, “but the need’s been there for years.”

Tavernas said she and other administrators felt it was important to be forward-looking.

“We’ve had some very honest conversations about the future of higher education,” she said. “We did ask the hard questions, instead of saying, ‘Yeah, this would be a great direction to go in.’”

She said they made sure faculty members were informed of every step and had input from the beginning of the planning process, rather than having the plans sprung on them after she and Board of Trustees members were deep in the process.

“It was very important to me that from the beginning, we did everything the right way,” Tavernas said, noting that the financing model being used is relatively new to higher education.

Sun Apr 17 , 2022
Miru has a malignant brain tumor that causes him to have frequent epileptic seizures and fall unconscious for minutes on end. The only thing that helps is an anti-convulsant drug, but with Sri Lanka’s financial crisis hitting medical imports, Miru’s father, Upul Chandana, has struggled to find the medicine anywhere. […] 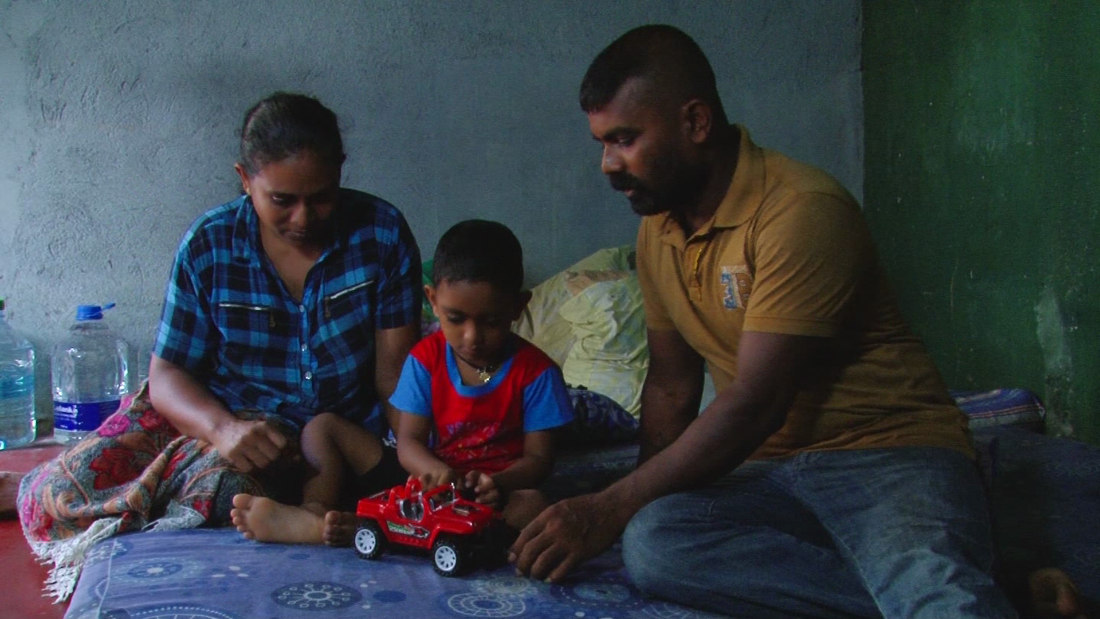