Following the lead of public health luminary and scholar, Camara Jones, MD, MPH, PhD, many researchers and health equity advocates have dedicated their careers to elucidating the ways racism manifests in medicine. One recent example is the work of Michelle Morse, MD, MPH, and Bram Wispelwey, MD, MPH, at Harvard Medical School.

In 2019, they collaborated with colleagues on a study that found Black and Latinx patients were less likely to be admitted to more specialized cardiology services for heart failure treatment, compared to their white counterparts. Since the publication of this study, they’ve worked with hospital administrators and clinical staff to identify systemic and interpersonal failures that contributed to the inequities they observed. The duo have collaborated to produce scholarship such as their piece, “An Antiracist Agenda for Medicine,” which promotes the use of race-conscious solutions to address racist policies and practices in healthcare.

Dr. Morse is now the chief medical officer for the New York City Department of Health and Mental Hygiene and continues to teach at Harvard Medical School. On the importance of antiracism in medicine, Dr. Morse, told Teen Vogue, “We should be concretizing and institutionalizing the policies we know are going to make racial justice and health equity more possible over the coming years… I think we have to keep demanding what we know is going to be the difference.”

Her work is a clear example of how antiracism efforts in medicine can improve the health of all patients. But as we navigate the public resurgence of neo-Nazism, book bans, and attacks on critical race theory, this work can often leave physician activists vulnerable.

On January 22, a group of neo-Nazis crowded the front entrance of Brigham and Women’s Hospital in Boston, where Dr. Wispelwey works and Dr. Morse was previously employed. In their hands were printed flyers of the two doctor’s faces proclaiming, “No Anti-White Policies in Hospitals”.

“What happened with our work is the right-wing world got a hold of it, shared it, and is trying to distract us from pushing forward with race conscious work as a solution for health inequities,” Dr. Morse said. “People need to be clear in what the path forward is. We need to demand it, we need our allies to demand it. But we have to be prepared for the backlash.”

Aletha Maybank, MD, MPH, the Chief Health Equity Officer and Vice President of the American Medical Association (AMA), has similarly dealt with significant backlash for her antiracism work. Through the AMA’s marred history of overtly racist policies, Dr. Maybank has worked diligently to institute transformative efforts to promote social justice within and beyond the organization. Since her instatement in 2019, she has released a comprehensive strategic plan to embed racial justice into the practices of the organization, helped produce a narrative guide for antiracism, and created a video series, “Prioritizing Equity,” which highlights the work of antiracism scholars across the country.

Sat Mar 5 , 2022
Twice-monthly health columns are written by a practicing cardiologist, clinical professor at Wayne State University School of Medicine and founder of the Kahn Center for Cardiac Longevity in Bingham Farms. He’s an author and has appeared on national TV, including “Dr. Oz” and “The Doctors Show.” By Joel Kahn […] 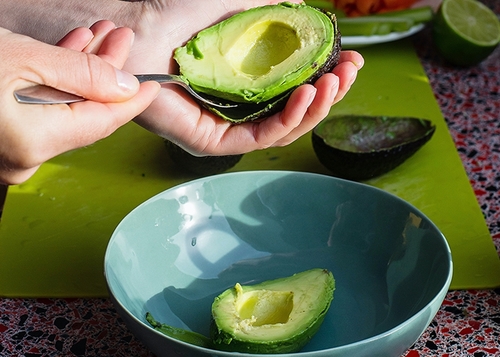