Explore the full 2022 list of Fast Company’s Most Innovative Companies, 528 organizations whose efforts are reshaping their businesses, industries, and the broader culture. We’ve selected the firms making the biggest impact with their initiatives across 52 categories, including the most innovative biotech, design, and consumer goods companies.

After a year consumed by vaccines and treatments for COVID-19, innovation in the pharmaceutical industry was a little more mundane this year—in a good way. Diseases that have had burdensome treatments or worse, no treatment, finally got addressed. At the same time, companies are beginning to redefine what it means to be medicine. Software is starting to treat physical ailments just like pills do. And yes, companies continued to find ways to help prevent COVID-19.

All of the pharmaceutical companies recognized on Fast Company’s list of the 10 most innovative medicine and therapeutics companies obtained breakthroughs by taking a creative approach to how they think about drugs. GlaxoSmithKline worked with the Gavi Vaccine Alliance to put its malaria vaccine Mosquirix through clinical trials—a vaccine that took decades to develop, test, and now distribute. Experts estimate that it will put a sizable dent in malaria infection in regions where the disease is endemic.

AstraZeneca worked feverishly to develop preventative monoclonal antibodies to help immunocompromised folk fend off COVID-19. Meanwhile, Mithra Pharmaceuticals designed a birth control pill that (finally!) prioritized women’s health through reducing side effects. Another set of companies created therapeutics that challenged the idea of what medicine can be. Akili Interactive, which went public this year via SPAC, got FDA approval for its all-digital treatment for ADHD. Another company, Hinge Health, is using physical therapy, coaching, and wearables to reduce musculoskeletal pain—no opioids necessary. Big Health is offering patients with insomnia and anxiety therapy without the therapist. All these companies used innovative thinking to bring health care to more people than it’s ever been able to reach before.

More than 35 years of research at GlaxoSmithKline came to fruition last fall when the World Health Organization recommended a wide rollout in sub-Saharan Africa of the pharma company’s Mosquirix, the world’s first malaria vaccine and the first vaccine for a parasitic disease. It has been shown, alongside seasonal anti-malaria efforts, to be 70% effective at reducing severe malaria and hospitalization of children, who accounted for 460,000 malaria deaths in 2020. “The WHO was looking for another tool in the toolbox to combine with use of bed nets, spray, and antimalarials,” says Thomas Breuer, the company’s chief global health officer. GSK has shipped more than 4 million doses of the vaccine for the pilot program—with roughly 2.7 million already administered—and will supply as many as 15 million doses that it will sell at 5% above cost.

GlaxoSmithKline is No. 31 on the World’s 50 Most Innovative Companies.

For creating the first FDA-approved interchangeable biosimilar for insulin

To bring down the notoriously high cost of insulin, Viatris, a pharmaceutical company founded in 2020 (the result of a merger between Pfizer’s established medicines arm Upjohn and generics company Mylan), worked with Indian biotech company Biocon Biologics to bring a near-identical version to the U.S. The result is Semglee, which the Food and Drug Administration approved in 2021 as a so-called biosimilar for insulin, making it the first interchangeable therapeutic ever approved by the FDA. Today, Viatris markets both Semglee, the branded version of this insulin biosimilar, along with an unbranded version that is 65% more affordable than that of the leading insulin brand, Lantus. (The two-tier pricing system reflects a common practice for insurers to favor higher-cost drugs because they come with larger rebates.) By getting FDA approval for Semglee, Viatris created an opportunity for more affordable insulin.

Belgian biotech company Mithra, focused on developing pharmaceuticals for women’s health, received approval in 2021 for its plant-based birth control pill, Nextstellis, alongside Mayne Pharma, which is distributing the drug. The key innovation is the use of estetrol, a form of estrogen that occurs naturally in the body and is less likely to cause breast cancer—a rare risk of estrogen-raising pills. In addition to having less impact on breast tissue, the drug is also associated with less breakthrough bleeding, less acne, and fewer facial and body hair changes than other oral contraceptives, as well as less impact on sex drive. Finally, since estetrol is plant-based, it breaks down more easily and isn’t as likely to be found in waterways as other estrogens. This makes the contraceptive not only better for women, but better for the environment.

For its once-every-two-month injection to treat HIV

This year, ViiV launched Cabenuva, a once-every-two-month injection for treating HIV. This regimen can replace a daily course of pills that many with HIV feel is cumbersome, essentially creating a new paradigm for what it means to live with the disease. Approximately, 1.2 million people in the U.S. live with HIV, according to the U.S. Department of Health and Human Services. The FDA also recently approved ViiV’s Apretude as a once-every-two month injection for pre-exposure prophylaxis.

Part of what will help shift COVID-19 from a pandemic to an endemic illness—a disease that is always present, like the flu, and spreads at a predictable rate—is the development of myriad treatments and preventions. This year, the Food and Drug Administration authorized AstraZeneca’s pre-exposure prophylaxis treatment called Evusheld. These long-acting monoclonal antibodies offer a vaccine alternative for severely immunocompromised people who already have had or are expected to have adverse reactions to the existing COVID-19 vaccines. In trials, recipients saw a 77% decrease in risk of developing COVID-19, making it a viable treatment to help protect particularly vulnerable groups.

For developing a digital version of cognitive behavioral therapy

Digital health interventions are about to become big business, and Big Health is at the forefront. The company has been working on developing fully digital experiences for solving some of the most pernicious issues in mental health, such as sleep loss and anxiety. The company’s sleep assistance app has a 70% efficacy rate and is used by companies like Delta and, selectively, in major healthcare entities, including the U.K. National Health Service. In 2021, the Scottish National Health Service agreed to roll out Big Health’s digital therapeutics for insomnia and anxiety to its entire population. Patients can download the app themselves or get a referral from their general practitioner.

For developing the first non-azole treatment for vaginal yeast infections

The overuse of a class of antifungals known as azoles, which are commonly prescribed to treat vaginal yeast infections, has led to resistance. To combat the problem of antifungal resistance, Scynexis developed an entirely new class of fungicide: triterpenoid antifungal, which doctors can prescribe when first-line azole treatments don’t work. Approved by the FDA in June and launched in September, Brexafemme is the first in this class and the first antifungal medication approved in more than two decades.

For developing an online platform for treating musculoskeletal pain

Physicians are looking for an alternative to opioids for pain management, especially for musculoskeletal pain. Hinge Health combines exercise therapy and digital coaching to treat musculoskeletal pain for its 13 million members through its relationships with employers and health plans. This year, the company released data from a large-scale study showing that participants experienced an average of 68% improvement in pain over 12 weeks of care. It also acquired two companies, Enso, a wearable device that uses electrical stimulation to reduce pain, and Wrnch, a company that uses computer vision to measure motion. These two acquisitions will help the company blend its digital health platform with its patients’ lived experiences.

Amgen’s Lumakras, which received Food and Drug Administration approval in 2021, treats lung cancer tumors with a specific genetic mutation that accounts for a quarter of all non-small cell lung cancers. The drug is the culmination of four decades worth of research into how to target the kras oncogene, a gene that is prone to mutation and until recently, believed to be untargetable with drugs. In trials, 36% of patients with this specific tumor mutation saw their tumor destroyed entirely; another 58% saw the size of their tumors reduced. Of those two groups, neither had recurrent cancer for at least six months. The drug marks a breakthrough for these patients.

For developing a digital therapeutic for ADHD

For years, Akili Interactive has been working to create a digital game for treating attention deficit hyperactivity disorder. Last year, the company got Food and Drug Administration approval to market its game, EndeavorRx, as a therapeutic. This year, the company raised $160 million to launch. The program rolled out this summer with a new study touting its efficacy (after two four-week rounds of playing the game five days a week, 68% of children 8 to 12 years old saw clinical improvement in behavior). As of November, the company was working with 900 physicians who are prescribing EndeavorRx.

Nutrients, Benefits, and a Healthy Recipe

Thu Mar 10 , 2022
Cauliflower has recently skyrocketed in popularity since it can be used to lower the carb and calorie content of many traditionally high carb foods, such as pizza. To turn cauliflower into a pizza crust, it’s chopped into florets and pulsed in a food processor until fine and grainy. Then, it’s […] 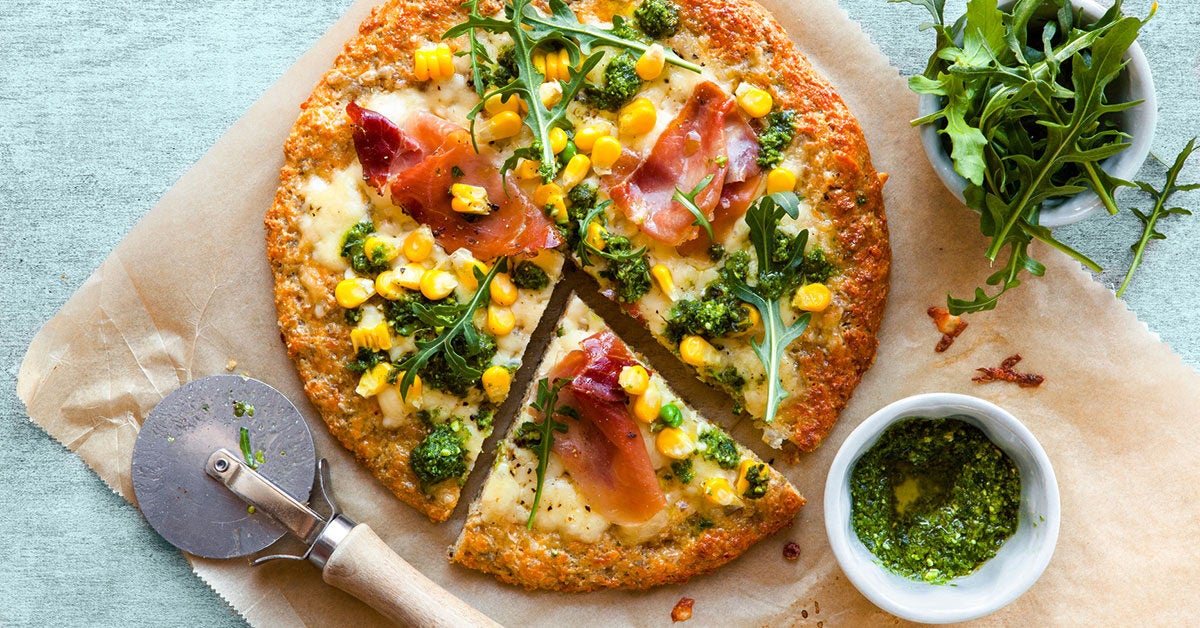