Even before he says a word, Donald Trent Jones stands out from Alabama’s other Republican candidates for governor.

At a forum for candidates at the Hoover Country Club on Wednesday, Jones wore a jacket with a pattern of peace symbols, hearts, stars, and butterflies. His orange-tinted glasses look like a pair John Lennon would have worn.

While the other candidates hammer away at incumbent Gov. Kay Ivey on the gas tax increase and the low rankings of Alabama schools in math and reading, Jones has a distinct message for the audience at the forum, a luncheon hosted by the Republican Women of the South, .

“I am your yoga candidate,” Jones said. “I believe in yoga. Mindfulness. Healthy lifestyle. We’ve got some good food here. It’s very healthy food. And I think that by taking care of your body you’re also taking care of the state.”

Jones said his plan to improve Alabama starts with individuals, “the greatest resource in the state,” taking care of themselves.

“I want you to vote for me but that’s not quite the agenda,” Jones said. “I want to talk to the people of Alabama and I want them to know that leadership starts with leading yourself.

Jones, a first-time candidate, said it was his fourth time to participate in a forum. Candidates Lindy Blanchard and Tim James also spoke at the luncheon. Six other candidates, including Ivey did not attend. The primary is May 24.

Jones, 39, holds a bachelor’s degree in Spanish from the University of Montevallo, where he grew up and lives now. He says he’s an entrepreneur who focuses on real estate. He is co-founder of a non-profit organization that promotes yoga.

Jones said it was comments by James that drew him into the governor’s race. In September, a couple of months before James started his campaign, James held a press conference on the Capitol steps to talk about what he said were three threats to Alabama’s young people — critical race theory, transgenderism, and yoga.

“They’re like a cancer, metastasizing over time infecting the minds of children,” James said. Citing yoga’s roots in the Hindu religion, James called on legislators to reinstate a ban on yoga in Alabama public schools that was repealed by legislation that passed last year.

Jones said he wanted to give a different perspective on yoga. The organization he runs with co-founder Jimi Lee, Yoga & Love, has helped bring yoga into schools, public housing complexes, and prisons.

“You know there’s a lot of misconception about yoga and its association with religion,” Jones said. “And that is not what our program is. Our program is strictly postural yoga. That is the only thing that we that we do with our programs.”

Even before the Legislature lifted the ban on yoga, Jones said Yoga & Love was helping to bring yoga into some schools through its partnership with Alabama 4H, which trained teachers. Because of the ban, they called the sessions a different name, “Let’s Move.”

“This is a 15-minute little program that they do each morning just to help kids relax, to get their minds focused, to move their bodies,” Jones said.

Jones said he’s been practicing yoga for 18 years since a friend recommended it to help him with a debilitating pain in his hip.

“I had to stop working out,” Jones said. “I had to stop everything. I would have trouble getting up and walking after I sat for a certain amount of time. So he showed me three or four postures, and I did them for six months, and it corrected my hip pain. It was bursitis in my hip.

“And it sent me on a path, sent me on a trajectory towards learning more about yoga and deepening my own practice.”

As for the experience of running for governor, Jones said it’s been positive.

“I have sort of put my feet in the fire by running for governor and it’s been the most amazing experience of my life,” Jones said. “I’m having a great time. I’ve gotten to know these awesome candidates. They’re amazing people.”

Jones said he’s gotten a warm reception at forums, and that was evident at the Republican Women of the South luncheon. During a Q and A session after the candidates spoke, the audience directed one question specifically at Jones: Would you support prayer in school instead of yoga?

“How about in addition to?” Jones said. “I think words are powerful. And I grew up Christian, I consider myself a Christian. And I think prayer is fine. I think it’s an opportunity for you to connect with the creator, the being that established all this stuff that we’re seeing right now the trees, the grass.

“I think prayer in school, I don’t have a problem with it. I think yoga would be complementary to that, not opposing it.”

Jones got applause when he closed his remarks with a slogan that’s a modification of the one Donald Trump made famous.

“That’s our platform. We are here to promote an attitude of gratitude and Donald Trent will make Alabama grateful again. That’s our goal.”

Fri May 6 , 2022
The latest potential anti-aging hack is full of s–t. Fecal transplants — that is, when the excrement of one individual is implanted into another — are being studied as the next fountain of youth, as it were. New findings revealed that fecal transplants from young to old rodents prompted a […] 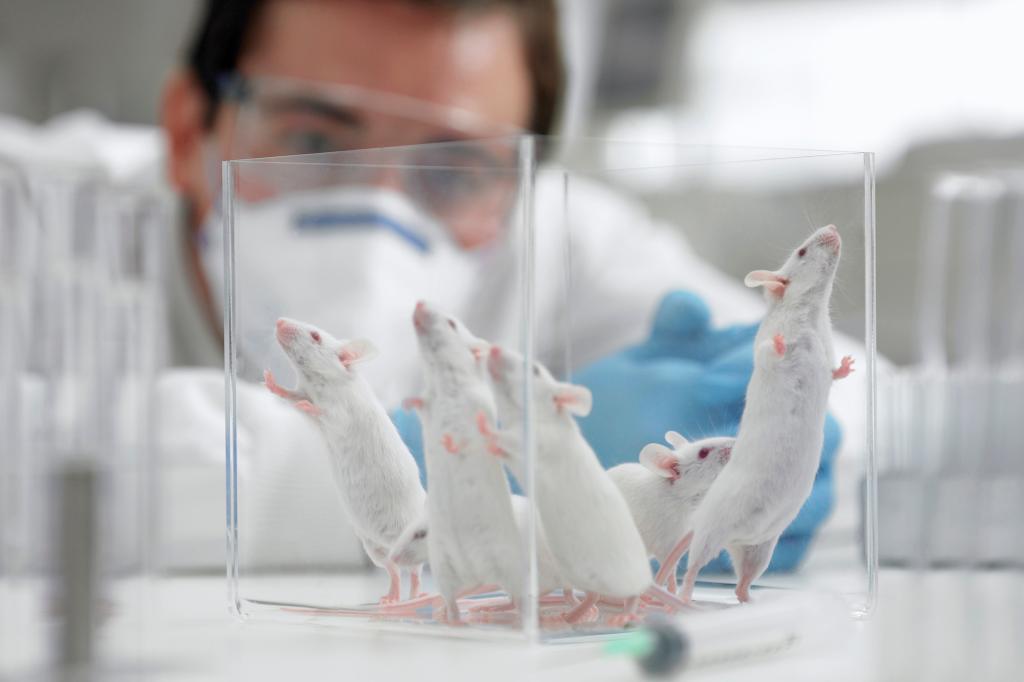